What Is a Double Funeral? 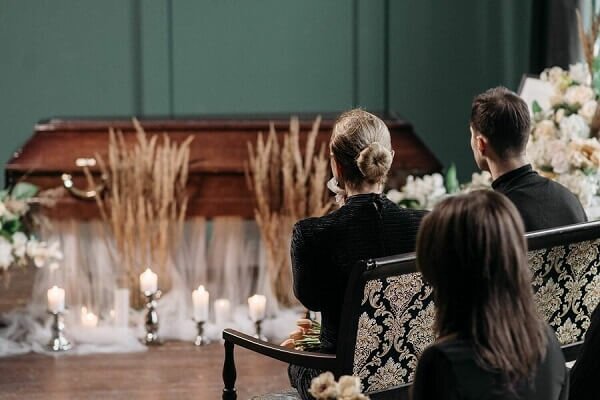 People have heard of double weddings, but a double funeral? Even though this idea may seem strange, double funerals are actually not that uncommon in certain situations. Directors of funeral homes in Elgin, SC. share more about these events and when they might be the most appropriate choice.

What is a Double Funeral?

What is the Order of Service at a Double Funeral?

The order of service for a double funeral is the same as a single funeral. There will be an introduction/welcome and then it will flow along from readings and prayers to eulogies and more. The main difference is that for the most part the funeral will focus on both of the deceased as one. There may be storied told and eulogies given that reflect on both of the individuals rather than just one. If there is a eulogy or such that is focused on just one, there will be another eulogy or such that will then focus on the other.

As far as the funeral home is concerned, they may give longer visiting hours for the visitation service or viewing. They may also give the family longer family time to ensure there is plenty of time for family to pay their respects to both of the loved ones.

An Example of a Double Funeral

Considerations with a Double Funeral

One thing to keep in mind when planning a double funerals is the guest count. With a double funeral, there could be double the amount of guest who attend. This means you need to make sure you have a space large enough to accommodate everyone.

Another consideration is to think of how the expenses will be split and divided up among the two parties. This can be an issue if the two loved one’s were from separate families. You will also want to make sure both parties’ religious beliefs are honored. If there are two different religions, you may have to incorporate elements from both.

Having a double funeral may not always be appropriate or the best choice. However, in some cases it can be a good solution.  There night have to be some compromises made and some figuring out of the finances but a double funeral can be a wonderful way to honor two people who have passed away at the same time.

If you would like to learn more about double funerals and how they work or any other services from funeral homes in Elgin, SC, give us a call or come in anytime. We are always here and available to help you with whatever you may need.

Are You Using One of These Excuses to Put Off Preplanning?

Ask anyone if preplanning your final arrangements is important and just about all of them will agree that it is. Yet everyday people put off this important task thinking they will get to it “later”...

Coping With Grief: Where to Find Support

Grief and the loss of a loved one can be an extremely challenging thing to get through. Your world may feel like it has been flipped upside down and you simply don’t know which way is up. It is dur...

What to Say After A Death

You are in your yoga class and you see your friend return for the first time since their father passed away. You start to feel nervous. You want to talk to them but what do you say? Do you mention ...

How to Wear Your Wedding Ring After Your Spouse’s Death

Losing a spouse can be devasting. You may struggle not only with feelings of sadness and loss but who you are now without this other person as part of your world. Trying to figure out this new real...

What Are Cremation Fireworks?

Fireworks are part of many of our holidays and important days. We see fireworks on the 4th of July, at weddings and parties, and even in parades and football games. With fireworks being something t...

Different Types of Services for Your Loved One

Just about everyone is familiar with funerals. Even if they have never attended one they are aware of what they are and what purpose they serve. However, there are several other types of services t...

When choosing a headstone for your loved one’s grave, you will have many decisions to make. Other than the design and embellishments you wish to have, one major element to choose is what material t...

25 Activities You Can Do Today to Help Your Grieving Friend

Watching someone you care about go through the process of mourning can be heartbreaking. As a friend you want to help and ease their pain but you may be unsure how you can help. Directors of cremat...