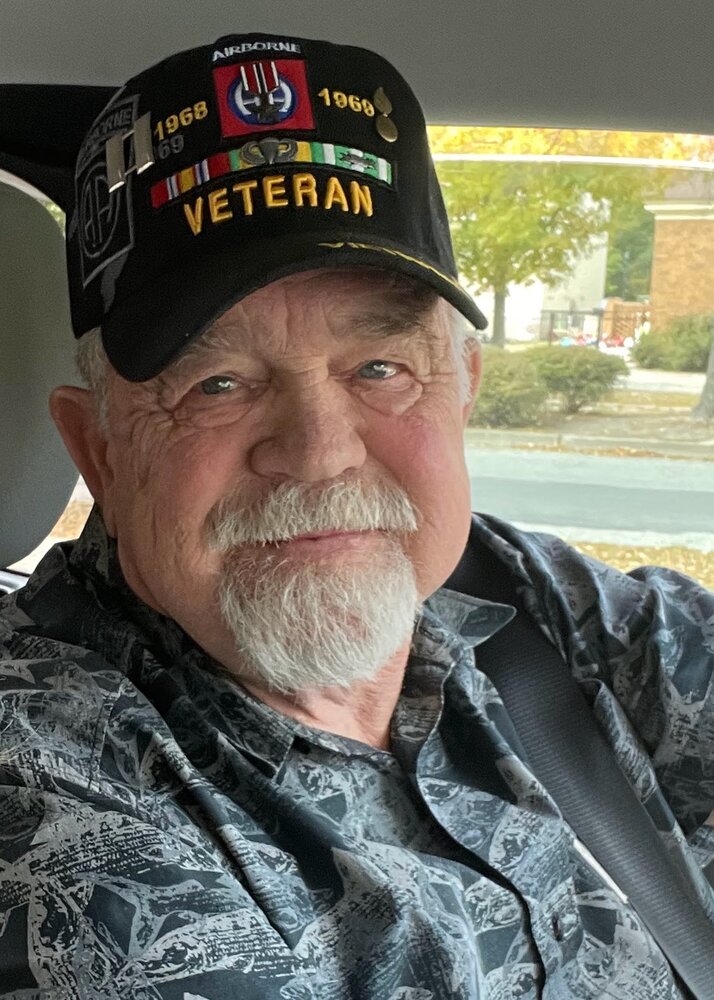 Cpt. Herman David “Dave” Spradley, 81, entered his heavenly home on Saturday, April 16, 2022, surrounded by his family and closest friends. Born on November 4, 1940, in Columbia, SC, Dave joined the U.S. Army when he was only 17. During his 20-year military career, he was assigned to both the 101st Airborne and 82nd Airborne Divisions. He was promoted to Warrant Officer in 1963 and became the youngest Warrant Officer in the Army Corps of Engineers at the time. In 1965, he saw combat in Santo Domingo, Dominican Republic. He was commissioned as a 2nd Lieutenant in 1966, helped restore order during the Detroit Riots in 1967, and commanded the 596th Maintenance Company in Vietnam from 1968 to 1969. He was awarded the Bronze Star for his heroic actions in the Hai Van Pass in 1968.

Following Vietnam, Dave served tours in Aberdeen Proving Ground, MD; Kaiserslautern, Germany; and Ft. Bragg, NC. In 1977, he earned his B.A. in Business from Methodist College in Fayetteville, NC. He moved his family to Camden, SC, and retired from the military in January of 1978.

Between 1978 until he retired again in 2018, Dave worked for Burger King and KFC Corporations, owned and operated Camden Commercial Appliance Repair, as well as Camden Commercial Microwave Service. In his younger years, Dave was an avid hunter. He loved to fish, scout out fishing spots, and talk about fishing. He was a Master Mason and Past Master of Lugoff Masonic Lodge 411 and an active member of Malvern Hill Baptist Church. He enjoyed attending senior group functions and traveling. He also loved a good plate of BBQ. He adored his family and never missed a celebration of any kind.

A celebration of life service will be held at 11:00am on Monday, April 25th, 2022, at Malvern Hill Baptist Church in Camden, with burial to follow in Forest Lawn Memorial Park. The family will receive friends from 5-7pm on Sunday, April 24th, 2022 at Powers Funeral Home in Lugoff. In lieu of flowers, memorials may be made to Compassion International, www.compassion.com/where-most-needed.htm, or Samaritan’s Purse International Relief, www.samaritanspurse.org/donate.