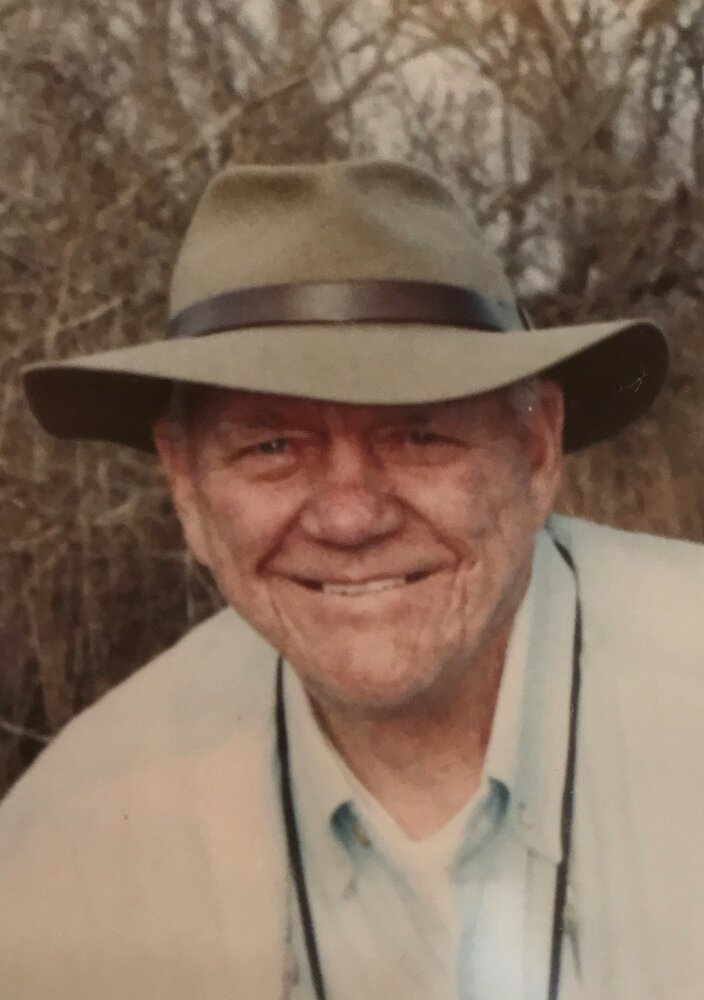 William Emerson Harris, Jr., 95, of Kershaw, died peacefully at his cabin on Tuesday, January 17, 2023, surrounded by his loved ones.  Born in Columbia, SC, on April 21, 1927, he was the eldest son of the late Lottie Bell Peak and William Emerson Harris. “P-WEH” (Pee-Wee) as he was known by his friends, enlisted in the Navy as a teenager during World War II.  When he returned home, he began a lifelong career in Civil Service at Fort Jackson, where he worked for almost 40 years. He lived his life to the fullest and treasured being outdoors. Training his hunting dogs and especially quail hunting with his friends and family was his passion. A member of the greatest generation, he instilled a love for God, family and country in his children and grandchildren. An avid outdoorsman who loved all of God's creation, he always sought to preserve the outdoors for future generations. Our PawPaw made life finer and left this earth a better place.

In addition to his parents, he was predeceased by 3 sisters and 1 brother.

The family would like to express their deepest gratitude and appreciation to Mrs. Hattie Mae Clark for the tender care she provided for 4 years; and to Laine Walden, RN, Andrea Adams, Laura Davidson, Lula Nichols, and Sharon Bennett.

A Time of Gathering will be held from 2-4pm on Saturday, January 21, 2023, at Powers Funeral Home, 832 Ridgeway Road, Lugoff, SC. Military Honors will be rendered at the funeral home at 2:00pm. In lieu of flowers, memorials can be made to Kershaw Evangelical Presbyterian Church, PO Box 611, Kershaw, SC 29067.