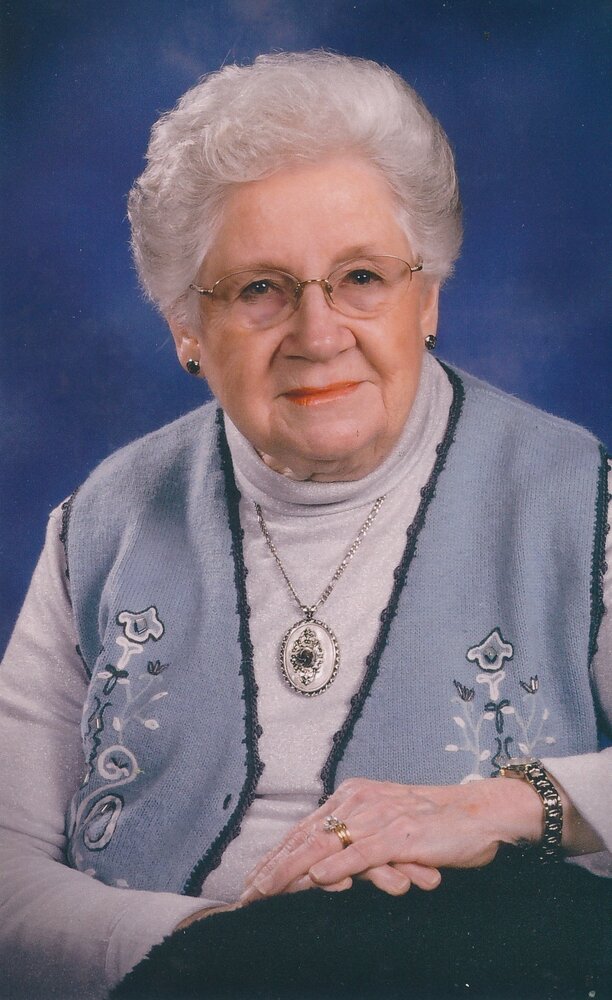 Mrs. Canady passed away on Friday, November 11, 2022. Born in Adrian, GA, she was the daughter of the late Joe Leanor and Nina Johnson Drake, and the wife of the late Otis Hilton Canady. After their marriage in 1947, they moved to South Carolina where they would live for the remainder of their lives. Patsy was a loving and caring wife and a caregiver to many, including her three children. She enjoyed “junking” at thrift stores, camping at the beach, vacationing in the mountains, as well as reading and sewing for as long as her eyesight would allow. Patsy married at an early age, interrupting her education, but she eventually went back to school and graduated with her oldest daughter in 1968. She retired from what was formerly the Kershaw County Memorial Hospital after 25 years of service. Patsy had a heart for missions and volunteered for several ministries that aided Appalachian Coal Miners in the Virginia area. This passion led to years of gathering donations and rallying support for the less fortunate. She was given the Appreciation Award by the First Baptist Church Missions and Outreach Program in Appalachia, Virginia for her hard work and dedication to providing for the needs of the people in that area.

Patsy was a lifelong Nazarene and enjoyed attending Camp Meetings in Adrian, GA, until moving to South Carolina. She then became a member of Emanuel Nazarene Church in Camden, where she served as Secretary and Treasurer, Missionary President, Board Member, and Youth Sunday School Teacher. When the church eventually closed, she moved her membership to Camden First Church of the Nazarene, where she taught the Adult Sunday School Class. She was also a member of Fellowship of Friends Senior Group. When the Faith Nazarene Church was established in Lugoff, she transitioned to that body and served in the Women’s Ministry and also enjoyed the monthly “lunch and learn” potluck meetings.

Surviving to mourn her passing are her children, Linda Reynolds, Sharie James (Chuck), and Larry Canady, all of Camden; as well as her grandsons, Warren Talley of Elgin and Coleman and Wil James of Harrodsburg, KY.

In addition to her husband of 64 years, Patsy was preceded in death by her brother, Billy Joe Drake; an infant sister, Abby Drake; and her sons-in-law, Alvin Matthews, John Talley, and Robert Reynolds.

The family would like to sincerely thank Dr. Kearse and all the staff of Karesh Long Term Care and Amedisys Hospice for their care, support, and compassion. We would also like to say a huge thank you to Debbie Lynch, her personal caregiver who became her best friend for her love, care, and concern, and for always being there.