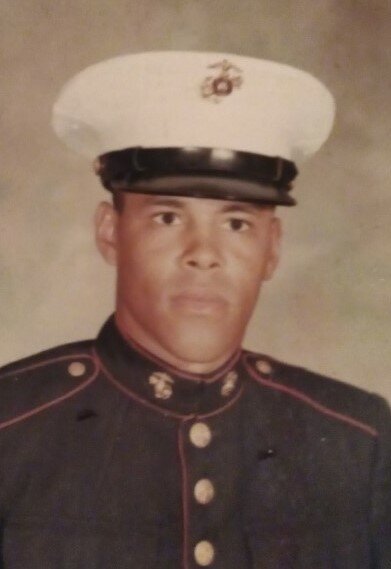 Deacon Herman Harris, 74, of Elgin, and formerly of New Haven, CT, entered into the presence of the Lord on Wednesday, November 9, 2022. Born in North Haven, CT, he was the son of the late Deacon Gilmore and Elizabeth Portee Harris. Herman graduated from Eli Whitney High School in Connecticut, before beginning work at US Steel and eventually enlisting into the US Marine Corps, where he would reach the rank of SSGT. After his military service, Herman continued to pursue his education, receiving a bachelor’s degree in Social Work from the University of New Haven and his master’s degree in Social Work from the University of New Hampshire. Deacon Harris also enjoyed a rewarding career with the New Haven Fire Department, retiring as a Lieutenant after 22 years of dedicated service. After retirement, Herman continued to work as a security guard for Dupont, guardian ad litem for South Carolina, a CNA, a supply clerk, a Boy Scouts of America leader, and a substitute teacher for the Kershaw County School District. He was also a member of the Freemasons, a member of the Firebirds Society of greater New Haven, and even volunteered his time to serve with Meals On Wheels, always looking for a chance to give back to his community. Deacon Harris enjoyed camping, fishing, watching Westerns, gardening, and reading. Above all, he was dedicated to his family and his community.

The family will hold a private service at a later date.