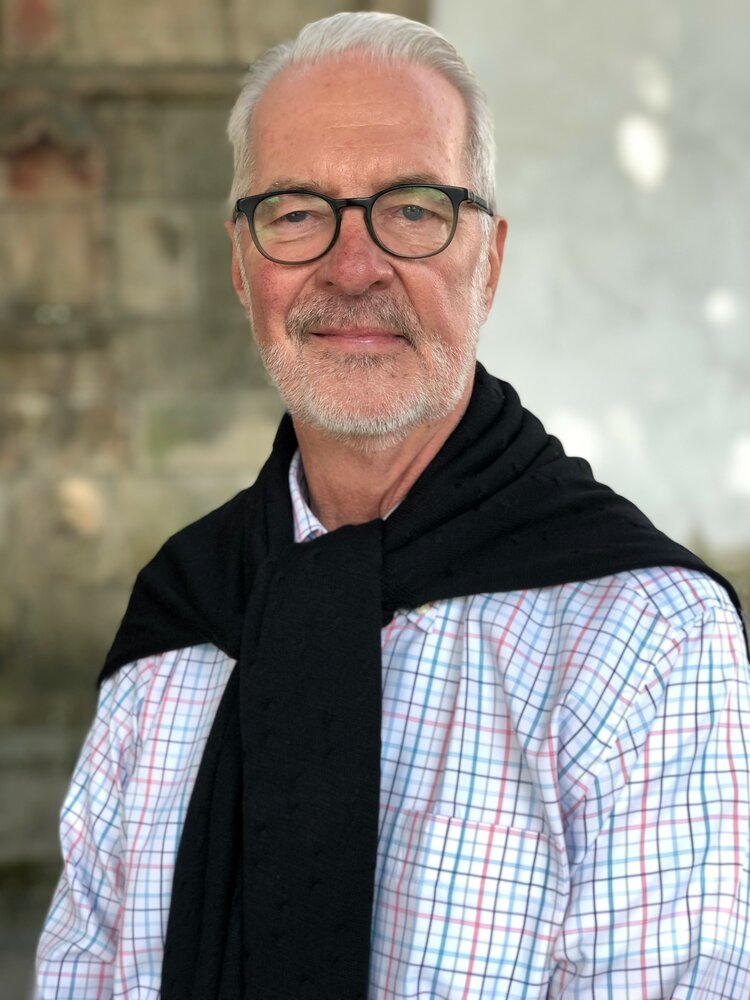 Dickie was born and raised in Columbia, South Carolina. With the encouragement of his parents, the Boy Scouts of America became an important part of Dickie’s growing up. He worked hard to earn all of his merit badges, was awarded Eagle Scout, and became a member of the Order of the Arrow, Scouting’s national camping honor society.

Dickie graduated from A.C. Flora High School in 1969 where he excelled in academics and the All-City and All-State Bands. While earning his B.S. in Biology from Georgia Tech in 1974, Dickie found two of his life long passions - the Sigma Nu Fraternity and the love of his life, Ann, who he married in 1976. Although unsuccessful in his first attempt, Dickie had a strong desire to go to medical school. To gain experience in the medical field, he worked as a phlebotomist in the hospital on weekends while obtaining a B.S. in Medical Technology from Atlanta’s Grady Memorial Hospital in 1976.

He returned to his Carolina roots and gained admission to the University of South Carolina School of Medicine earning his M.D. in 1983. While in medical school, Dickie was selected class president and received the Roland Essig Bieren, M.D., Memorial Award and the Clinical Neurology Award. He completed his training in 1987 at the Medical College of Virginia with a residency in pathology.

Dickie began his medical career as Laboratory Director at Metropolitan Hospital in Richmond. After working for nine years in the city, Dickie moved his family to the rural waterfront community of Irvington, Virginia. The Northern Neck proved to be a perfect match for Dickie’s southern charm and gift of gab. He delighted his co-workers, patients and friends with mostly true stories. His golfing buddies noted that Dickie was the only golfer they knew who could talk through his backswing.

Dickie was friendly with everyone he met whether it was a patient at the hospital or while traveling abroad with his family. His charisma even led him to be mistaken for a 70s rock star while dining at a sidewalk cafe in the Marais of Paris. Dickie was always nattily attired, preferring a freshly starched, button-down shirt and sockless loafers, even in the middle of winter.

Above all, he was a committed and loving husband, father, grandfather and friend.

In lieu of flowers, the family suggests donations in Dickie’s honor to the Circle Center Adult Day Services, 4900 W Marshall St, Richmond, Virginia, 23230 (https://circlecenterva.org/). A graveside service will be held at Quaker Cemetery in Camden, South Carolina on Saturday, November 19 at 11a.m.