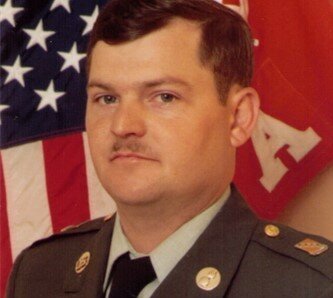 Towns, Paul Everett Sr., age 66 of Elgin, South Carolina passed away Saturday, September 24, 2022 at 5 am. He was from Cedar Springs, Michigan. In 1974, Towns joined the U.S. Army at the age of seventeen to fight in the Vietnam War. He retired from the Army in 1994 at Fort Jackson. Paul’s talents were many, he was an extremely generous and hardworking man. He always put others first. Whether it was fighting for his country, helping a friend or stranger, and even raising money for Camp Kemo.

The Towns family is not planning on having a funeral. Instead, they invite you to celebrate his life and legacy at their home on Saturday, November 5, 2022. Where Elgin Lights will shine for one last time. Mr. Towns was very well known for opening his home each Christmas for the past 25 years during Elgin Lights to raise money for Camp Kemo. In Lieu of flowers, please donate to Camp Cole in his memory for Paul’s Peaceful Porch. The area out at Camp Cole (www.campcole.org) forever carrying on his legacy.