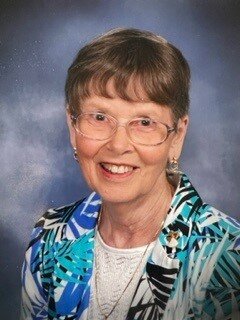 Edna Mae Denmark Doughty, 83, of Lugoff, SC and formerly of Savannah, GA and Statesboro, GA, passed away on Tuesday, August 16, 2022. Born in Portal, GA, on November 1, 1938, she was the daughter of the late J.C. and Eueline Stewart Denmark and the wife of the late Arthur Welling Doughty, III. Mae was a longtime member of Wilmington Island United Methodist Church in Savannah, GA. After moving to Statesboro, Mae became a member of Statesboro First United Methodist Church before relocating to South Carolina. She retired from Summit Cancer Care in Savannah, GA.

In addition to her husband and parents, Mrs. Doughty was preceded in death by her sister, Frances Humphrey; and daughter-in-law, Debbie Doughty.

The family would like to extend a special thank you to the staff of Southwinds Assisted Living and Crescent Hospice for the love, compassion, and care shown to Mrs. Doughty.

A Celebration of Life Service will be held at 2:00pm on Saturday, August 20, 2022, at Bulloch Memorial Gardens in Statesboro, GA. The family will receive friends immediately following the service.

Mae had a lifelong passion for music and is now singing with the Heavenly Choir in the presence of her Savior.