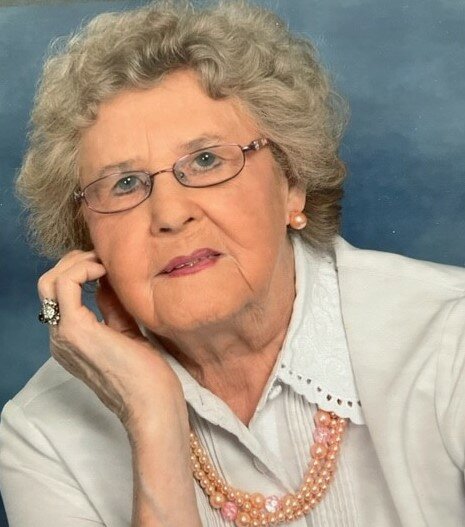 CAMDEN-Rae Stokes King of Camden, South Carolina peacefully entered into eternal rest on July 20th 2022. She was 93 at the time of her passing.

The daughter of Bertha and Willie Stokes she was born in Bishopville SC in 1929 and was preceded in death by her husband James Brantley King Sr. Also passing away before her were two sisters, Mary Stokes Davis and Ann Stokes Huggins and a brother William Henry Stokes.

Mrs. King was a member of Lyttleton Street Methodist Church and also attended Southside Baptist Church. She worked at First Palmetto Bank for over 30 years and retired as a Vice President.

She volunteered with local charities and helped out with many community events. She was always available to help others and visit those that needed comfort and support. She and her husband’s passing has left a void in the community and they will be sorely missed.

A funeral service for Mrs. King will be held Monday at 1:00 p.m. at Lyttleton St. United Methodist Church with burial to follow in Quaker Cemetery. The Rev. William Smith will officiate. The family will receive friends prior to the service from 12-1 p.m. in the church fellowship hall. Donations can be made in Mrs. King’s name to Epworth Children’s Home an organization they were passionate about.