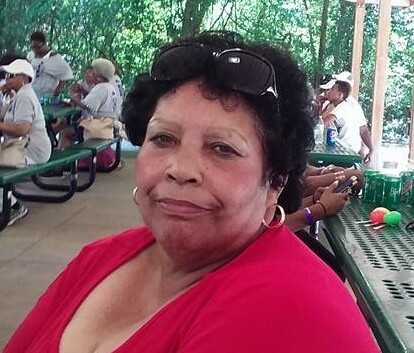 Rev. Janet Blair Johnson affectionately known as “Pat” was the oldest child of eight children born to the late Woodrow and Ruth Blair on February 8, 1948. She departed this life on April 26, 2022 at Prisma Health Richland Hospital. Rev. Johnson was educated in the Kershaw County school system where she graduated from Jackson High School. She was employed by Spring Mills Industries for more than 30 years until she retired in 1992. Upon retirement Rev. Johnson began to work in the home health field where she was well received by families and her services were sought after by many in the community. Rev. Johnson was an avid gardener and surrounded her home with plants of all kind.

Rev. Johnson joined the Bethel Hill Baptist Church at an early age. She faithfully served on many committees and auxiliaries within the church. In 2004 Rev. Johnson received a call from God to enter into pulpit ministry. Under the tutelage of Rev. James Williams she became a licensed minister and in 2006 she was ordained to preach the gospel. Rev. Johnson later joined Red Hill Baptist Church in 2013 as an associate pastor where she served until her sickness and death.

On June 6, 1969 Rev. Johnson was united in holy matrimony to the late Deacon Lee Thomas Johnson. To this union two children were born Rhonda and Tammy.  Rev. Johnson was preceded in death by her parents as well as three brothers Woody Blair, Charles Blair and George Blair, along with one sister Annie Ruth Patterson.

Also left to cherish her memory are two brothers; James (Bernice) Blair of Cassatt, SC and Larry (Erika) Blair of Blythewood, SC. One sister; Ora Blair of Bethune, SC. Two brothers in law; Bishop Clarence (Jannie) Johnson of Baltimore, Maryland and Henry Patterson of Camden, SC along with four sisters in law; Willie Mae Stitt and Barbara Hyatt of Charlotte, NC, Vernell Robinson of McBee, SC and Cora Seegars and Rev. Belinda (Acie) Kibler both of Bethune, SC. and a host of nieces, nephews, and other relatives, and friends.

Funeral service will be held on Tuesday, May 3, 2022 at 2:00 p.m. at Red Hill Baptist Church in Cassatt with burial to follow in Bethel Hill Baptist Church Cemetery in Bethune.  The family will receive friends Monday 4-6 p.m. at Powers Funeral Home.

Get Directions
Tuesday
3
May