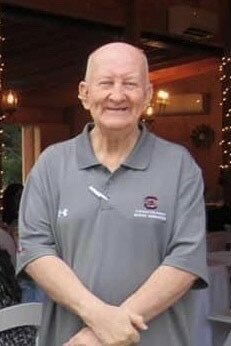 PONTIAC – Funeral service for Gerald O’Neil “Hip” LeGrand, 69, will be held on Monday at 3:00 p.m. at Powers Funeral Home, Lugoff, with burial to follow in Killian Baptist Cemetery. The family will receive friends on hour prior to the service at the funeral home. In lieu of flowers, memorials may be made to the American Cancer Society or the Shriner Children Hospitals.

Mr. LeGrand passed away on Tuesday, September 7, 2021.  Born in Columbia, he was the son of the late Melvin McCoy and Betty Earline Jacobs LeGrand.

He was a former member of Spears Creek Baptist Church.  He was a substitute teacher for Richland School District 2 for 22 years.  Gerald enjoyed model trains and watching airplanes take off and land.  He was an avid Gamecock fan and was a ticket scanner for USC Football games.

Surviving are his brothers, Wayne LeGrand (Pauline), J.L. LeGrand (Debra); sister-in-law, Debra LeGrand; and numerous nephews and nieces.  He was predeceased by a brother, Swayze LeGrand.

Share Your Memory of
Gerald
Upload Your Memory View All Memories
Be the first to upload a memory!