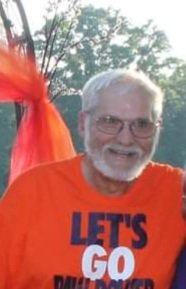 CAMDEN- A graveside service for Richard Carson Peebles, Sr., 70, will be held Tuesday at 11:00 a.m. in Forest Lawn Memorial Park. The Rev. Scott Catoe will officiate.

Mr. Peebles passed away Friday, August 13, 2021. Born in Camden, he was a son of the late Carson R. Peebles and Dorothy Rose Ferranto Peebles. Mr. Peebles worked at Coca Cola Bottling Co. for 27 years and was currently employed at Canfor Southern Pines, where he had been for 23 years. He enjoyed doing yardwork, working in his shop, watching T.V. talking on his C.B. Radio, and spending time with his family and especially his grandchildren.

Share Your Memory of
Richard
Upload Your Memory View All Memories
Be the first to upload a memory!