Releasing Ashes: What You Need to Know 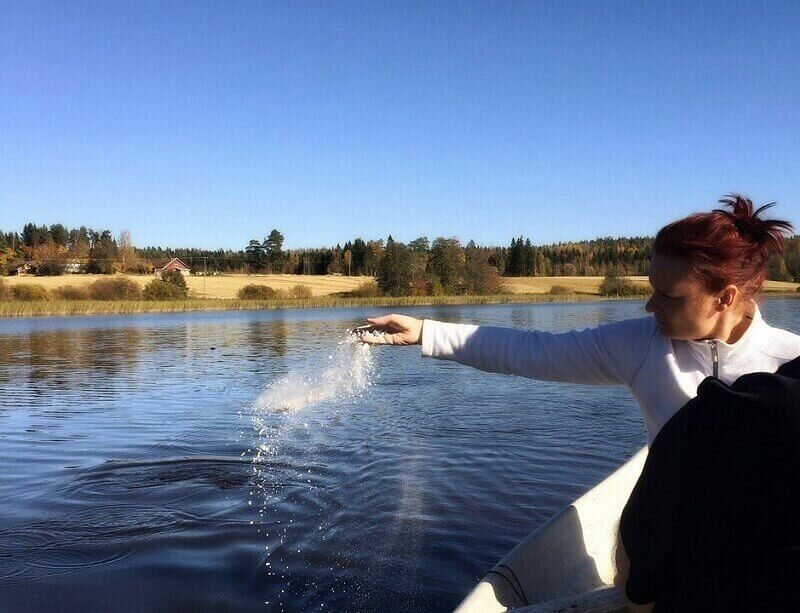 Cremation services in Camden, SC. are rising in popularity each year. While once they were not chosen very often, now they are just as popular as ground burials. One reason many families as well as individuals are turning to this option is they are drawn to the idea of having their remains released back to the earth. This could take place in a special park they loved or even in the ocean. If you are considering spreading your loved one’s ashes in back into nature, here are some things you need to know.

Sending Ashes Out to Sea

If your loved one adored the ocean or the beach, there may be no better place to release their ashes than in the sea. Many families are choosing to do this, and in fact, there are several companies that even specialize in this with having boat rentals and performing ceremonies on the boat prior to the releasing. Once nice thing about this option is that the company will ensure all rules and regulations are being properly followed when it comes to the releasing the remains.

If you would like to do this on your own, however, you can. You will just need to be aware of the following rules:

Releasing Ashes at a State or National Park

Was your loved one an avid hiker? Did they love camping or spending time in nature? If so then spreading their ashes at one of their favorite parks or hiking spots could be perfect. Luckily, most all state and national parks allow for the releasing of remains.

As a general guide, most parks allow releasing as long as you follow these rules:

A quick note about public and private land. While releasing ashes on most public land is permitted with certain rules, you must never release ashes on private land without the constant of the land owner. If you ask and the land owner says no, you could face fines and jail time for trespassing if caught on their land.

Luckily, there are many places that allow releasing of ashes after your loved one’s cremation services in Camden, SC., so you and your family will have plenty of beautiful options.

25 Activities You Can Do Today to Help Your Grieving Friend

Watching someone you care about go through the process of mourning can be heartbreaking. As a friend you want to help and ease their pain but you may be unsure how you can help. Directors of cremat...

Although funeral flowers and sympathy flowers may sound like very similar arrangements, they are actually quite different with each one having a unique purpose and etiquette when it comes to how an...

Should You Choose an Oversized Urn?

When making arrangements for cremation services in Ridgeway, SC. an important element is selecting the urn. Many people may be surprised to learn that these special containers are available in vari...

Funeral Etiquette: What You Need to Know

As directors of funeral homes in Ridgeway, SC, we frequently get asked questions about funeral etiquette. Everything from what to wear to is it ever okay to skip a funeral, we have heard it all. Li...

If you are looking into cremation services in Elgin, SC., you may come across many terms you are not familiar with. Not understanding some of these terms can make the process of choosing cremation ...

Your loved one was a unique individual, just as their funeral service should be. However, knowing how to plan a service with personal touches can be challenging as you have probably not had to plan...

What to Expect at a Military Funeral

Many people may fear going to a military funeral for several different reasons. One may be that they have an actual fear of things such as death and caskets. Others may be nervous about seeing dist...

Flowers have always played a big role when it comes to funerals and cremation services in Lugoff, SC. Not only are they used throughout the funeral as décor, but the grieving family also often rece...